What has the union ever done for us? 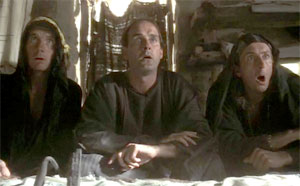 What have the Romans ever done for us?

Here is a short list of just some of the things achieved by Camden UNISON in the past couple of years.

These are just a few of the things we have achieved in the past couple of years. For more, see the success section of our website camdenunison.org.uk/tag/success

And that’s not counting the hundreds of individual representation cases we do, and national campaigns.

The more members we have and the more active and involved members are, the more we can achieve. So if you’re not in UNISON, join today on our website or using the form  here. And if you are, why not become a rep or get more involved in UNISON activities?

To keep up-to-date, to join and to get involved, talk to your local rep or convenor and regularly check out our website: camdenunison.org.uk

This entry was posted in Uncategorized and tagged pay, success. Bookmark the permalink.