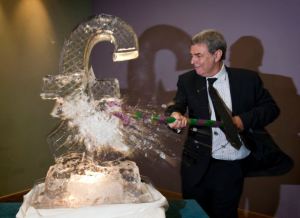 For the third year running the Employers have refused to make an offer on pay. This article and attached briefing will explain the negotiations so far, and members in connexions and the youth service will be consulted by Camden UNISON on pay.

In response to the employers lack of offer the Staff Side made the following points:

The four constituent unions on the Staff Side are now seeking feedback from their members on the Employers’ response including gauging the mood for industrial action on pay.  It is clear that only substantial industrial action is likely to move the employers, especially as the 3 year pay freeze imposed by the Employers applies to all local government bargaining groups.

The Youth and Community Committee’s position is that in line with Conference policy the way forward is to build a strategic campaign on pay and attacks to terms and conditions across all our local government bargaining groups. The potential to build for industrial action either within or across sectors can then be considered in this context.

The Employers also indicated that it might be possible to justify a different position in 2013 in line with a wide discussion on reform of the JNC and national machinery in local government. No proposals have emerged yet on the reform of the JNC and branches will be advised if and when they do.

It is recognised that for UNISON this consultation is being conducted at a crucial time for branches given the pensions ballot. However, the Youth and Community Committee feels that it is important that Youth and Community Workers are made aware of the Employers position on pay and have the opportunity to comment.

As a result Camden UNISON will be surveying members in an online vote to gauge their views on the pay freeze and whether or not members will be prepared to take industrial action to beat the pay freeze.

Please this document, attached, for a full breakdown of the employers’ response.

This entry was posted in Uncategorized and tagged JNC, pay. Bookmark the permalink.